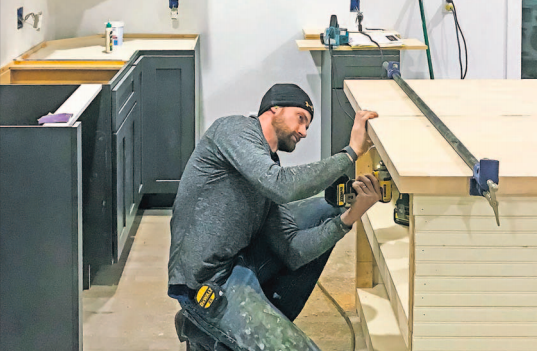 CORNING - The City Council will vote Monday on continued support for a public/private Housing Strategy partnership geared to deal with what many consider pockets of blight emerging throughout the city. The council voted in August 2016 to create a partnership with Three Rivers Development and Arbor Housing to solve ongoing city housing issues. Under the plan, if approved by the council at 6:30 p.m. Monday, the city will contribute $200,000 over the next four years, and Three Rivers Development, funded by Corning Enterprises, will contribute $1 million over that time period. The parties desire to extend the Housing Collaboration Development Agreement to continue their work. “We are greatly appreciative of Corning Enterprise’s generous contribution of another $1 million,” said City Manager Mark Ryckman.

“Their funding has made a noticeable impact in the neighborhoods where we have been working.” Ryckman said the city’s contribution is to help to offset administrative costs. “Funding from Corning Enterprises is used for actual construction,” Ryckman said . “ The funding provided to contractors and homeowners is intended to incentivize their [own] investment . Without incentives, these houses would likely not be improved.” Corning Enterprises President G . Thomas Tranter Jr. said his organization is pleased the City Council will soon vote on the renewal of the partnership.

“We think the program has been very successful for the last four years and we look forward to it continuing [to upgrade] the housing in the city that needs it the most,” Tranter said. Dan Wilcox, owner of two properties that have been aided by the partnership, called the program a nice incentive for property owners.

“I think it’s been great,” Wilcox said as he worked on a property on Chestnut Street. “It has pushed (the projects) right along and with this. we are able to turn out a great project because of the help we’ve received. It doesn’t take care of the entire project, but it definitely get the projects going and keeps it moving. We are looking forward to doing more in the future with the (partnership).” Ryckman said the housing partnership is the same economic development approach used to revitalize the Gaffer District over the past several years. Other groups involved in the project include Community Progress Inc., and Habitat For Humanity.